A while back I took the Family Finder and full sequence mtDNA tests through Family Tree DNA. As many of you may know, Family Finder is an autosomal test which indicates your deep ancestral roots (origins) as well as about five generations of family relations through all lines. The mtDNA test shows only direct line ancestry through your maternal line (mother, maternal grandmother, maternal great-grandmother etc.).

When I got the tests back they contained some unexpected results. Unexpected because according to my research I have the following genetic makeup:

but according to Family Tree DNA my ancestral origins are actually:

Curious to say the least, especially that 1% Central Asia component. And Scandinavia—were did that come from?

So being a diehard researcher (all the Walker’s are) and amateur historian I got online hoping to resolve some of the mysteries. What accounted for those discrepancies?

, autosomal DNA shows deep roots, back many thousands of years. My research only goes back several hundred years. Well, reliably anyway. After a few hours online I found out quite a few bits of British, European, and Central Asian history that could account for the percentages revealed by my DNA. But before I tell you what I found I’ll start with a disclaimer: There’s a lot of chatter on the web regarding DNA, haplogroups, migrations etc., some scientific, some not, and my research was nowhere near exhaustive. Add to that the fact that, relatively speaking (ha ha), genetic migration research is in its infancy and the theory is freakin’ complex. To me

, this means that any conclusions drawn by li’l ole me from web DNA research should really be put into the category of “My, isn’t that interesting.”

Okay, now that I’ve taken care of the legal stuff, let’s get down to the business of what I found on the web. 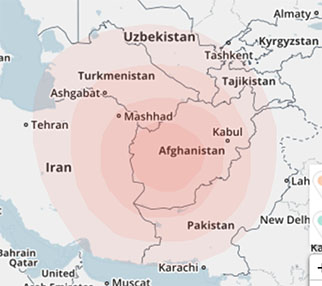 First I looked at that Central Asia percentage (Afghanistan and surrounds). For this I also factored in the h6a1a haplogroup revealed by my mtDNA full sequence test. According to numerous sources the H6 haplogroup “likely originated in the Middle East or Central Asia” (FamilytreeDNA.org) so that seemed appropriate. Remember, my haplogroup comes from my maternal side which is the Eastern European side. I found a couple of possible explanations for this 1%:

Last week I attacked the unexpectedly high Western and Central Europe percentage. This research ended up offering several explanations for my Scandinavian roots as well. Here is a sampling of what I found: 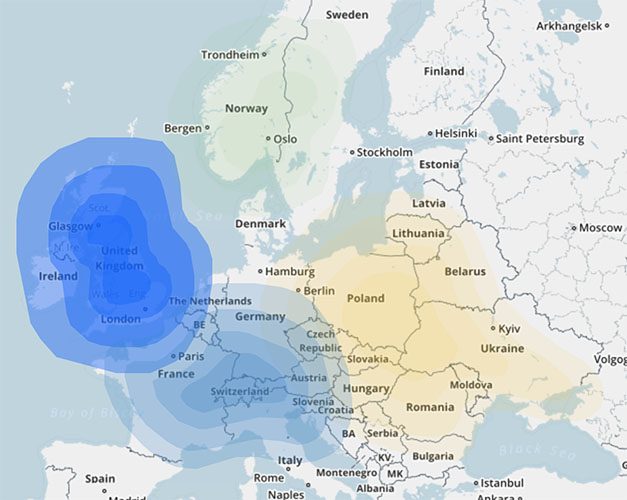 Fascinating no? All speculation of course but none-the-less it was really interesting uncovering possible scenarios for my genetic history. Currently DNA is of limited value for genealogy as the databases are relatively small. But as more testing is done, both on living individuals and ancient bones

, the cumulative data will grow and be analyzed and we will one day be able to speak with certainty about our genetic origins.

I can’t wait for that day whether it is in my lifetime, my nieces and nephews, or their children.